The Deafblind Run was a dream project of Tattva - a voluntary action group, committed to making a difference within local communities. They partnered with Sense International India to raise awareness on deafblindness and raise funds for the cause across the state of Gujarat. The 400 kms run was led by Mr. Amit Bhattacharjee (a.k.a) ‘Dada’ followed by his team of 5 runners- Barefoot Raja, Ashish Singh, Urvashi Patel, Dr Pratish Sharda and Samneet Thakur. People of Gujarat witnessed such a run for the first time that covered a distance of 400 kms, in 80 hours and across 4 districts from Ahmedabad to Porbandar. 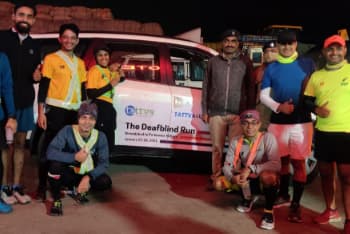 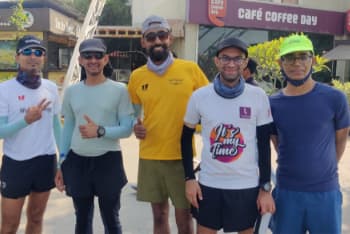 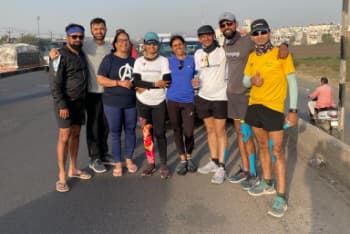 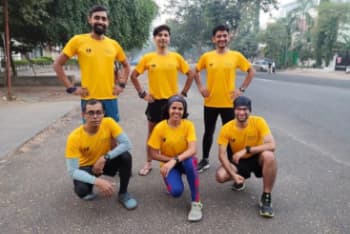 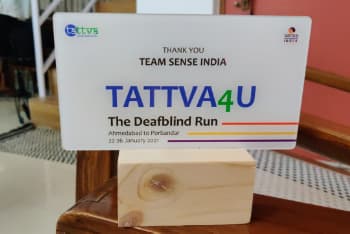 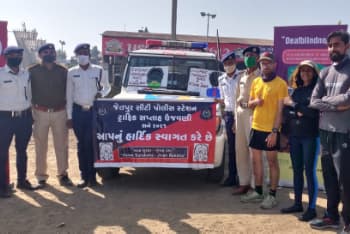 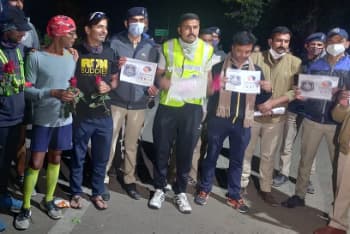 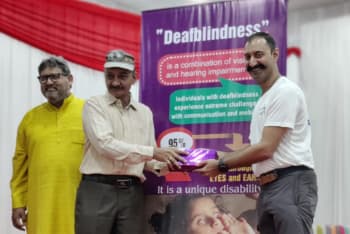 Sense India organises its annual fundraising cyclothon- Messengers on Cycles on Helen Keller Day (27th June), to create awareness on deafblindness and celebrate the day. Cyclists and persons with disabilities on tricycles come together and ride for inclusion, education and support for children and adults with deafblindness. Each year, we spread the message of the importance of education, health and inclusion of people with disabilities into mainstream society by bringing them together on an inclusive cycling event. 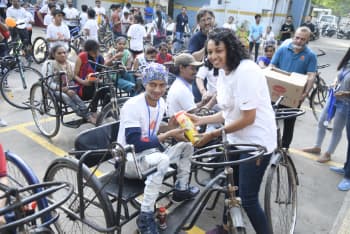 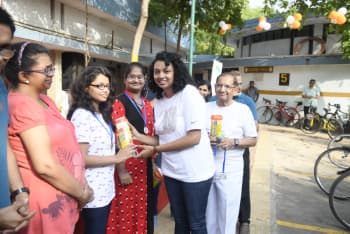 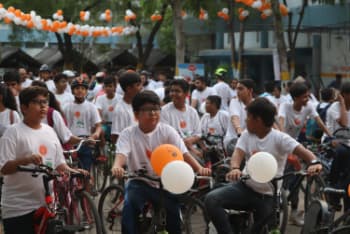 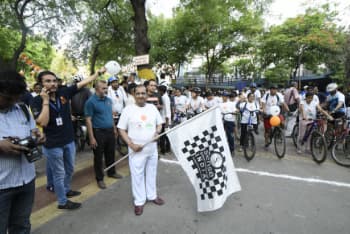 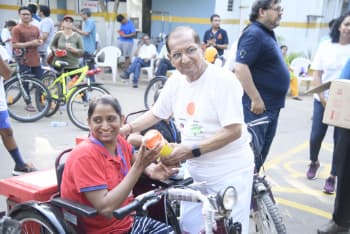 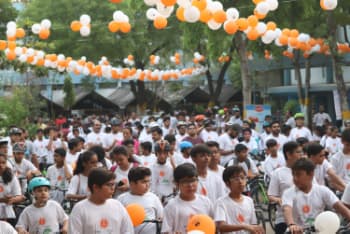 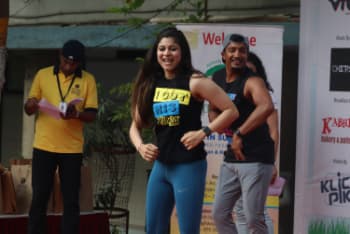 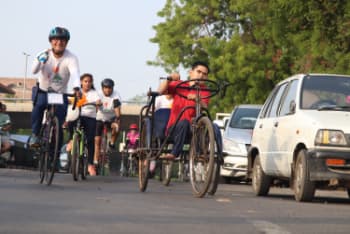 The National Conclave, started by Sense India in 2004 is the convergence of its Networks on a national level. As Deafblindness is a unique disability, its low-incidence and scattered population in the country became the reason for the formation of three national level support/network groups. These groups are of teachers (Abhi-Prerna) and families (Prayaas) of deafblind/MSI persons and adult deafblind/MSI persons (Udaan) in India. Sense India mobilizes them on a national level to assist each other and become the most potent force to influence policy in favour of deafblind/MSI children and adults in the country.

The National Conclave is a platform for the three groups to come together to do an impact based advocacy for their rights, sensitization and awareness for the community and influence Government bodies like Samagra Shiksha Abhiyaan (SSA) for inclusion in mainstream. This year along with attainment set objectives, the focus was on building capacities and knowledge base of our members through training programmes and interactive sessions. 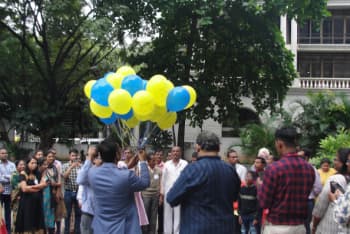 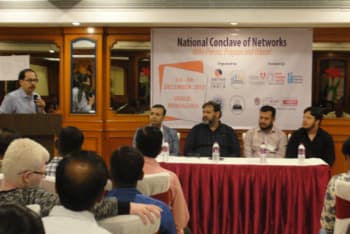 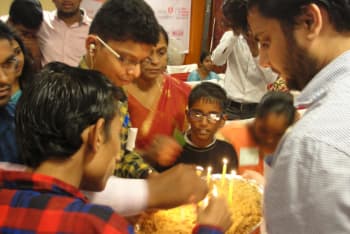 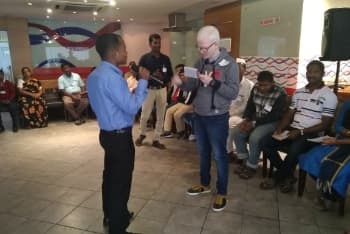 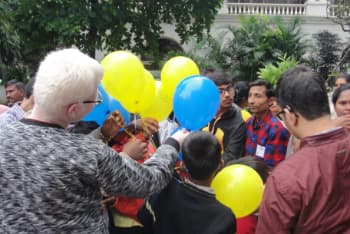 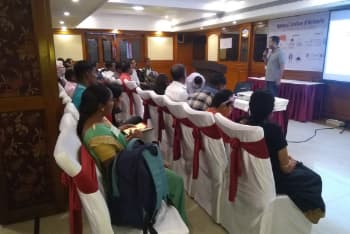 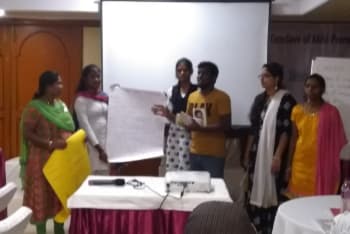 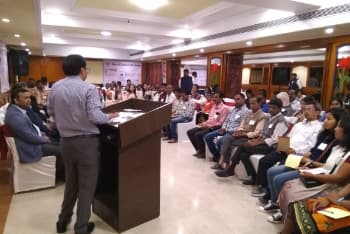 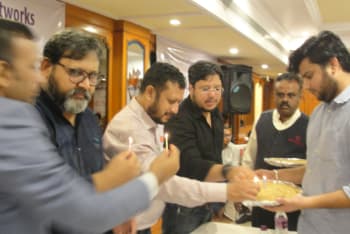 Sense International India had jumped into action the moment a nationwide lockdown was issued. It tackled educational and managerial issues with creativity and found resources to keep children and adults with deafblindness focused, engaged and learning in places they least expected. It is the sincere effort of the parents who coordinated with the educators that learning has not stopped. So thanks to all the Parents, Educators and Partner Organizations for giving their tireless efforts to train students with deafblindness during the COVID-19 lockdown.

It's a short film about Govinda, a deafblind adult living in remote are of Assam. It touches the life of Govinda and how today he is a contributing member of his family. Govinda is a true inspiration

It's a short film about deafblind individual's dreams, their desire to teach, play, study, have fun, sing a song, communicate, express among many others. Sense International India also dream of a world of dignity and equal opportunities for deafblind people.

Listen to the Sound of Silence

It’s a film which narrates story of Ramdayal, a deafblind adult from Uttar Pradesh and how with intervention of Sense International India today he is earning his livelihood. It talks about Sense International India’s work with deafblind adults like Ramdayal and helping them to earn their livelihood. Ramdayal has discovered Sense and is driven by Sense.

It’s a film which narrates story ofAlisha, a deafblind girl from Basti, UP and Sense International India’s work with deafblind children like Alisha. Alisha has discovered Sense and is driven by Sense.

It's a film on Zamir Dhale, our deafblind Advocacy Officer whose life in itself is a shining example. Fighting against all odds, he has achieved a lot in life and is now working for the rights and betterment of deafblind individuals like him.

D for Daya - A biography of Ability

It's a short film by Sense International (India), about a deafblind girl Daya, whose life is not different from the other girls of her age. Daya represents Ability out of disability. This video showcases the life story of Daya, how she has overcome her disability and living her life with abilities available with her.

This video showcases success stories of Ramdayal a deafblind adult, Alisha, Rajesh and Mahadev who are also deafblind. It talks about their disability conditions and how after intervention of Sense International India has given them an opportunity to lead a full and meaningful life.

2021 All rights reserved with Sense India